On Thursday, August 6th, Asia Society Policy Institute (ASPI) Vice President Wendy Cutler cohosted another event in the ongoing Washington International Trade Association (WITA) special webinar series. WITA, and Cutler, have now interviewed six of the eight candidates nominated to become the next WTO Director General.
Cutler, along with WITA Executive Director Ken Levinson and President of the National Foreign Trade Council Amb. Rufus Yerxa, interviewed Amb. Amina Mohamed, the former Kenyan Minister for Foreign Affairs and Kenya’s current candidate for the Director General position.Amb. Mohamed opened by explaining, “My vision for the WTO can be summed up in three words: reform, recovery, and renewal.”
She extolled her political and technocratic experience, arguing that such a blend would be necessary for the organization’s next leader.When asked how the next Director General can succeed despite rising tides of economic nationalism and trade skepticism, Amb. Mohamed said, “The WTO needs a DG who can tell the story of the WTO. It’s a good story.”
And she said it would be necessary to convince countries to come back to the WTO negotiating table. “There’s a need to build confidence and trust within the WTO.”Cutler discussed the perceived inability of the WTO to counter practices such as illegal subsidies, especially those imposed by China, and she asked if Amb.
Mohamed agreed that the rules in these areas needed updates. Amb. Mohamed mentioned the so-called trilateral U.S.-EU-Japan work on China-related trade problems, and said she agreed that, as long as “the rules are not responding to developments in the trading system, we will have issues.” She said many of these rules needed updates before the WTO could successfully turn its attention to its various other ongoing talks, such as those on e-commerce. Amb.
Mohamed also said the WTO urgently needs to deal with its ongoing appellate body dispute, and said she hoped the WTO could fix this problem as soon as possible. “We must, we really must,” she said.

The day before, Cutler and WITA interviewed another Director General candidate, Mohammed Al Tuwaijri of Saudi Arabia. He stressed his proposed focus on quick, tangible results, and Cutler referred to his agenda as “very pragmatic, very business-oriented.” Click here to watch the conversation with H.E. Al Tuwaijri. 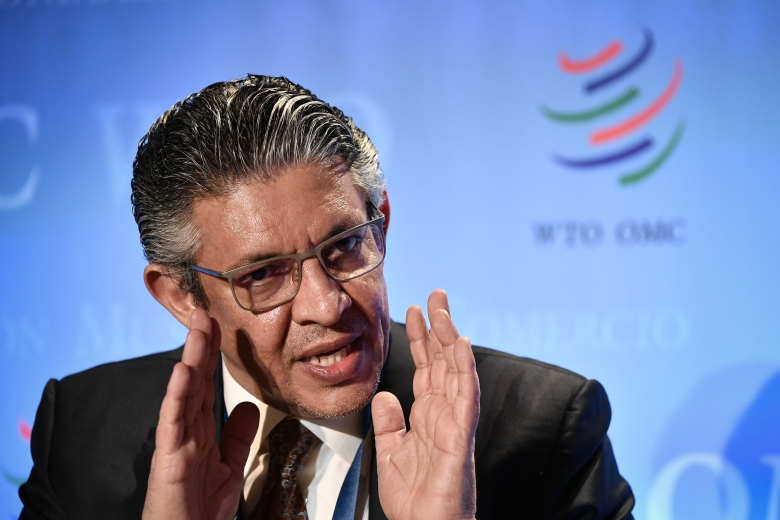